Can You Get Addicted to Suboxone 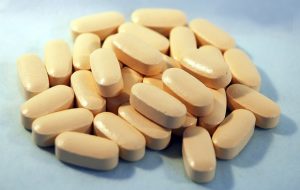 Suboxone is a very effective and relatively safe method of treating patients who are addicted and dependent on opiates. Subxone is effective on any opiate based drug including heroin, oxycontin, oxycodone, percocet, vicodin, even methadone. Suboxone works by combining two powerful narcotics Buprenorphine and Naloxone, to help curb opiate withdrawal symptoms while cleaning the body out and reversing their unwanted effects. Suboxone is available in film tablet form and is dissolved under the tongue of the patient. Suboxone can be taken in a clinical setting, or can be taken in the comfort of your own home.

Suboxone is widely considered to be a safer opiate pain medication than it’s alternative, Methadone. This is because Suboxone is only a partial opiate agonist, while Methadone is full opiate agonist, just like heroin and oxycontin. This increased amount of opiates comes with a higher risk of addiction and dependency. Because Suboxone is only a partial opiate, it doesn’t have as powerful of effects as Methadone, and thus comes with a lower risk of addiction and dependency. Also, Suboxone contains a dosage ceiling when once reached; taking additional doses will not result in an increasing high or feeling of euphoria. On the other hand, Methadone has no such ceiling effect, and taking increasing dosages of Methadone can lead to a fatal overdose.

While Suboxone is used for the treatment of an opiate addiction, it does come with its own risks of addiction and dependency. While Suboxone is not nearly as addictive as Methadone, or other full opiate agonists, it still does come with a risk of addiction, especially over long term use. Because opiates are such potent drugs, even a partial opiate can have powerful effects that could lead towards long-term addiction. This is why Suboxone is only taken under the close supervision of a licensed medical professional and can only be prescribed from a doctor’s office.

While Suboxone has been a huge blessing for many struggling with an opiate addiction, it does come with its own set of risks and side effects. Just like any opiate, it does come with the risk of addiction. Before taking Suboxone make sure to speak with your doctor about its risk of addiction and dependency. Suboxone can also cause mild to severe side effects including anxiety, difficulty breathing, frequent stomach pain, severe allergic reactions, swelling of the face and throat.