The History of Percocet

Oxycodone, one of the ingredients in Percocet, was first produced in Germany in 1916, in an attempt to find a less addictive pain alternative to heroin and morphine. Oxycodone has been in use in the US since the late 1930s, but became a popularly prescribed pain killer in the 1950s, when mixed with aspirin under the name Percodan. Percodan quickly became over prescribed and widely abused, leading the government to classify oxycodone, and all other opiate-based pain killers, as a schedule II narcotic. This helped to tighten restrictions on the availability of all opioid medications, with varied success.

Since Percodan was unable to be used for post operation pain, due to the anti-clotting properties of aspirin, Percocet was introduced in 1974. Percocet quickly replaced Percodan as one of the most popular prescription relievers of the time. A study on Percocet in the 2000s revealed around 400 deaths per year due to liver damage and overdose, prompting the FDA to advise limited sales of the drug. Despite the FDA warning, Percocet still remains one of the most commonly prescribed pain killers in North America.

Since Percocet addiction has become widespread, it is readily available through the black market. Some street names for Percocet are: Percs, Roxies, Paulas, Blue, Hillbilly Heroin and Blue Dynamite

Side Effects of Percocet 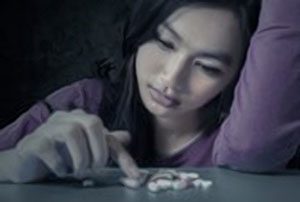 As with all opiate-based drugs, Percocet affects the brain, nervous system, and respiratory system. Percocet is commonly abused by being taken in larger than prescribed doses or by being crushed and snorted. The easiest way to identify Percocet abuse is by recognizing its many side effects. The most common side effects are:

Addictions to opiate based drugs, such as Percocet, are especially difficult to recover from. The chances of remaining drug free greatly increases when following a personally customized Suboxone treatment program that utilizes medical detox and behavioral therapy.