Demerol, also known as Meperidine, is an extremely potent and highly addictive pain reliever that is used to treat severe and chronic pain. One of the major reasons why Demerol is so addictive is because of its rapid acting narcotic effects. Because the effects of Demerol are quite powerful, and kick in almost instantly, users can become very accustomed to this instant gratification high.

Demerol gives off a profound pain killing and euphoric high that is often compared to the effects of heroin or morphine. However, after prolonged use of the drug, this euphoric effect becomes harder and harder to achieve, often resulting in someone taking higher doses of the drug. As this tolerance continues to build and more and more of the drug is needed to achieve the desired results, long term addiction and dependency can easily set in.

An addiction to Demerol can be a very serious, even life threatening condition. Because Demerol is primarily abused by either crushing, chewing, snorting or injecting the drug, these practices can often pose a significant risk to the user. Using Demerol in conjunction with other drugs including alcohol, cocaine, or heroin, can cause serious central nervous system depression and even death.

Demerol can also produce a number of side effects including:

Symptoms of a Demerol Overdose include: 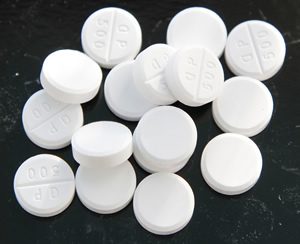 While Demerol abuse isn’t as much of a problem as it was 20 years ago before more popular drugs like OxyContin came out, it is still causing a lot of devastation and destruction in many parts of the country, including California. If you, or someone you’re close to, are suffering from a Demerol addiction, please advise them to seek Demerol treatment right away. And the first step in a Demerol treatment program is Demerol Detox.

The best place to receive Demerol Detox is through a licensed and professional drug rehab center that specializes in medically assisted Demerol and opiate detox. Here they will use a variety of opiate pain medications like Suboxone, to help ease painful withdrawal symptoms and help the body to eliminate opiate toxins quickly and safely. Once the individual has successful completed the Demerol detox part of treatment, they will most likely begin some type of addiction counseling and behavioral therapy sessions. While medically assisted detox is the first step in fighting any type of opiate addiction, without the proper counseling and aftercare, the patient stands little chance of remaining sober for the long term.