It is estimated that nearly 2.5 million Americans are addicted to some form of opiate, whether it be heroin, morphine, or powerful opiate based prescription pain killers. The addiction to opiates is fast becoming a national emergency in many parts of the country. With the resurgence of heroin as a popular drug among teens and young adults, coupled with the rising abuse of powerful prescription drugs like oxycontin and vicodin all over the country, opiate addiction has never been more widespread. Opiates are derived from the poppy plant and include drugs like heroin, morphine, codeine, oxycontin, vicodin, percocet, just to name a few. Long term use of opiates can often lead to addiction and physical and psychological dependency.

Opiate addiction and dependency was long considered an inherited personality or psychological disorder that resulted in moral weakness or a dysfunctional family life. Until only recently, opiate addiction was long regarded as a hopeless condition that had no cure. However, after centuries of research and trial and error several very effective treatments are now available to treat opiate abuse. And one of the most popular and cutting edge treatments available today is the use of opioid synthesizers like suboxone to help curtail cravings and ease painful withdrawal symptoms. 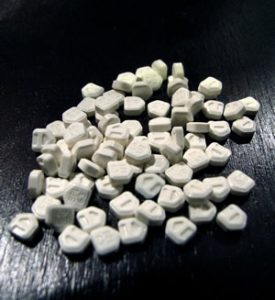 Suboxone is a prescription medication used for the treatment of opiate dependency and addiction. Suboxone combines two powerful compounds buprenorphine and naloxone, which work in unison to alleviate powerful heroin withdrawal symptoms and reverse the addiction process. Suboxone can only be obtained with a doctor’s prescription and is administered and monitored by professional addiction specialists. One of the main advantages of this drug is that it is the only drug of its kind that can be used in the comfort of one’s own home. While most doctors will require the initial treatments to be taken under direct supervision at the doctor’s office, the rest of the treatment can be taken at the patient’s discretion.

Because opiate dependence is one of the most serious and powerful forms of addiction, many treatment professionals advice against simply quitting “cold turkey”. This is because of the state of imbalance that it can create in a long time user, not to mention quitting “cold turkey” without any relapses is rarely successful. Kicking an opiate habit is a life-long process that takes a long term commitment and long term treatment strategy. The use of withdrawal aids like suboxone is only the beginning to a long term treatment strategy, but often a necessary first step for users struggling to kick this habit once and for all.