The City of Anaheim

Anaheim is the tenth largest city in California. It has a population of over 340,000 residents, and is part of the Los Angeles, Santa Ana metro area; which is second largest metropolitan area in the country. Anaheim is home to Disneyland, California Adventure, and the Anaheim Convention Center, which is the largest on the west coast. The city also hosts baseball’s Los Angeles Angels and hockey’s Anaheim Ducks.

Residents of Anaheim enjoy income levels and home values that are well above the national average. Crime rates for the city are lower than the state and national averages, and have been steadily decreasing over the past 12 years. Drug use, however, is on the rise in Anaheim, especially among the city’s teens and young adults.

Drug Use in Anaheim

As is common throughout California, alcohol and marijuana are the most commonly abused drugs in Anaheim. Cocaine and heroin use is also present in Anaheim, as well as all of Orange County. Possibly, the most alarming trend is the significant rise in prescription narcotic abuse in Orange County, especially among teens. One in ten high school students have reported abusing prescription pain killers in the past year alone.

Prescription narcotics are powerful opiate-based drugs that can come with a high rate of addiction and dependence. Opiate-based drugs are not only psychologically addictive, but also physically addictive. Withdrawal symptoms, including muscle tremors, vomiting, diarrhea and cramping, can make the detoxification process excruciating. 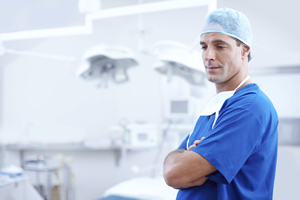 Since opiate-based drugs are one of the most difficult addictions to quit, drug replacement therapy is generally recommended to increase the rate of success for an addict seeking sobriety. Suboxone, like its predecessor methadone, has been shown to be highly effective in curbing cravings and reducing withdrawal symptoms. Unlike methadone, Suboxone is available by prescription, making recovery more convenient and private.

Suboxone is a combination of buprenorphine and naloxone. Buprenorphine works by attaching to the body’s opioid receptors, which curbs opiate cravings and prevents withdrawal. Naloxone is a drug commonly used to treat overdose, and is present in Suboxone to prevent abuse. If the Suboxone tablet were crushed, in order to inject or snort the buprenorphine, the naloxone removes the buprenorphine from the body causing the immediate onset of opiate withdrawal. When Suboxone is dissolved under the tongue as prescribed, the naloxone does not enter the body.

How to Find Suboxone Doctors in Anaheim

To find a licensed Suboxone doctor in Anaheim or treatment center in Anaheim, contact us at (866) 531-4569. We will provide information on rehab clinics and doctors in Anaheim that are licensed to prescribe Suboxone. You can also get information from your own health care provider or medical insurance company.