Percocet is an opiate-based pain reliever that is generally prescribed to relieve moderate to severe pain. Percocet combines acetaminophen, the active ingredient in Tylenol, and oxycodone, a powerful narcotic pain reliever. Percocet, like other opiate-based medications, can deliver a heroin-like high when taken in large amounts. Just likes heroin or morphine, Percocet can be highly addictive. Percocet can also cause severe withdrawal symptoms if someone has been abusing the drug for a long duration of time and suddenly quits. Percocet withdrawal symptoms include: 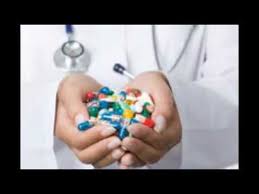 The first step for Percocet detox is the initial meeting with medical personnel at a drug rehabilitation center. Questions about the patient’s addiction history and medical history will be asked in order to assess the best treatment plan moving forward.

The second step is the actual detoxification process itself. Medically assisted Percocet detox is generally recommended for addiction to opiates such as Percocet and other opiate based drugs. In this step, the patient is given opiate pain medication to help ease the severity of withdrawal symptoms, making the detox process more comfortable for the patient.

After detoxification, patients will be given the option of starting drug replacement therapy. Drug replacement therapy tames Percocet cravings by filling the opioid receptors with a replacement medication that does not deliver a “high”. Replacement medications such as Suboxone have been shown to dramatically increase an addict’s success rate in the short and long term. While in rehab, patients will also receive therapy and learn coping strategies in a safe and nurturing atmosphere.

The last step is the creation of an after care plan. With guidance from the counselor, patients can decide if they need to take part in a sober living facility, outpatient therapy, group support, or any combination of the three.

To find a licensed Suboxone detoxification facility in your area, talk to your doctor or medical insurance company. They will have information on physicians and treatment centers within the area that are licensed to prescribe Suboxone. For immediate help call (866) 531-4569.