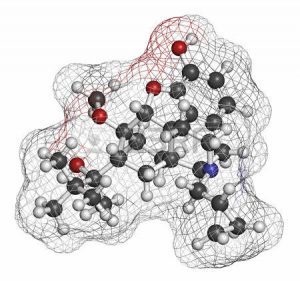 Currently there are over a million people in the United States with an opiate addiction in one form or another, whether it be dangerous street drugs like heroin, or legal prescription painkillers like vicodin and oxycontin. One of the main reasons why these drugs are so dangerous is because of their intrinsic addictive nature. Not only are opiates some of the most addictive substances on the planet, they also lead to long term physical and psychological dependency. Once an individual has become physically and mentally dependent on opiates, they will usually suffer from powerful withdrawal symptoms that only make it harder to stop using. In order to neutralize these powerful withdrawal symptoms and break this horrible cycle once and for all, doctors have created the compound Buprenorphine, which is administered in the drug Suboxone.

Buprenorphine is itself a partial opioid that is used for the treatment of opiate cravings and withdrawal symptoms. Buprenorphine works by helping to eliminate cravings by helping to block the effects of opiates while containing enough opioids to successfully neutralize withdrawal symptoms. While in itself a partial opioid, and still carries a slight risk of addiction, its maximal effects are much less than drugs like heroin and oxycontin. Also, the dosage is tapered off towards the end of the treatment to alleviate the risk of dependency. It is widely considered by most drug treatment specialists to be a safer and less addictive alternative to similar opiate withdrawal medications like methadone.

Buprenorphine works by binding tightly to the opioid receptors in the brain, partially activating these receptors giving the patient a slight feeling of euphoria and helping to alleviate pain that is common with opiate withdrawal symptoms. While it is working to mask the effects of opioids to the brain, another ingredient Naloxone, works with Buprenorphine to counter and block its effect to reduce the risk of dependency and addiction. Naloxone also works to ensure that the patient isn’t abusing the drug by causing severe withdrawal symptoms if the drug is ground up and shot with a needle. These two ingredients make up the drug Suboxone, which contains four parts buprenorphine and one part naloxone.

Since Buprenorphine is a partial opiate it does come with the risk of addiction and dependency. Also, like many other narcotics, it can cause very serious, even deadly side effects if the drug is combined with other drugs, especially tranquilizers or depressants. Because buprenorphine is processed by the liver, it can cause significant damage if not properly monitored. Individuals who already have impaired liver function should not undergo treatment of the drug. However, it’s most common side effects include nausea, vomiting, dizziness, drowsiness, dry mouth, headache and constipation.