Why You Should Find Suboxone Doctors in San Francisco

It is always important to remember that drug rehabilitation can often be a life-long process and doesn’t simply happen overnight. However, that doesn’t mean that drug addiction is impossible to overcome, far from it actually . But what it does mean that without the right professional drug treatment help and supportive people around you, it will be very difficult to achieve sobriety over the long term. While the strong desire to stop using drugs is always the first step on the long road to sobriety, this desire alone is not enough to overcome this powerful and resilient disease.

The most effective way to treat a drug addiction, especially an addiction to opiates, is with a comprehensive approach that includes assisted medical drug detox, behavioral counseling, and addiction therapy. And one of the best places in the world to find this treatment is in the Bay City, San Francisco, California. 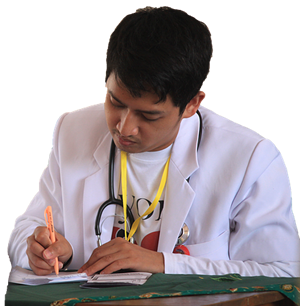 While San Francisco is one of the most popular and beautiful places to visit in the United States, it is certainly not without its share of problems. Like many other U.S. cities, drug abuse is a major epidemic in the city of San Francisco and has been for a long time. Whether it was opium at the beginning of the 20th century, Acid, PCP, and marijuana in the 60’s, heroin in the 70’s, or cocaine and crack in the 1980’s, San Francisco has a long history of drug abuse and addiction. Currently, the city is plagued by two of the most deadly drug addictions known to man, heroin and opiate based prescription pill addiction.

While San Francisco has had an opiate problem ever since the 1970’s, one of the most recent drug epidemics to hit San Francisco is prescription pill addiction, specifically OxyContin and Vicodin. The addiction to opiate based prescription pills is a major problem all across the United States, but recently has been especially bad in San Francisco. This is because of many reasons including the widespread availability of OxyContin along the West Coast, as well many individuals using the drug OxyContin as a substitute for heroin. Because the pharmacological effects of OxyContin are very similar to the effects of heroin when injected, OxyContin has become very attractive to the same user population.

If you, or someone you love, is suffering from an opiate problem, San Francisco is one of the best places in the world to receive treatment. There are dozens of great Suboxone doctors San Francisco all over the city that specialize in opiate withdrawal and recovery. If you’re weighing the benefits of why you should find a Suboxone doctors in San Francisco, just remember that there are few places in the world with more experience and expertise in treating opiate abuse.