Heroin is not only one of the most dangerous drugs in the world, it is also one of the most addictive. Many experts attest that heroin, which is synthetically derived from the poppy plant, is the most addictive substance man has ever created. What makes heroin so addictive is the unique way it interacts with the user’s brain and central nervous system. After an individual has been using heroin for an extended period of time the brain will start to get accustomed to this influx of heroin and begin to depend on it for its natural pain relieving functions. Once that individual quits taking heroin for a short period of time, the body can no longer produce the same amount of dopamine as before, and that individual will start going through what is known as heroin detox or withdrawal syndrome.

The best way to beat a heroin addiction is to seek out a medically assisted detox program. There are many different types of heroin detox methods including taking methadone, suboxone, rapid anesthesia heroin detox, Clonidine, the Waismann Method, just to name a few. Each detox program has its own strengths and weaknesses and varying levels of effectiveness. 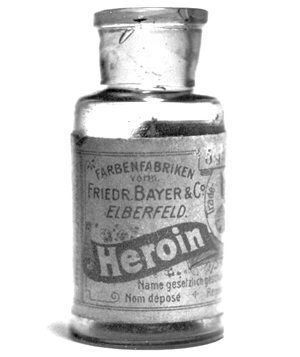 One of the most popular heroin detox drugs is an opiate withdrawal medication called Methadone. Methadone has been around for decades and is administered in places called Methadone Clinics. A lot of methadone clinics are actually free of charge and usually have long waiting lists of a few months or so. However, one of the major criticisms of methadone is that because it is a full opioid, just like heroin, it comes with a high risk of addiction and dependence. There are many accounts of individuals who started using methadone for a heroin addiction, and instead became addicted to methadone instead.

Because methadone comes with a high rate of addiction and abuse, a common alternative is a drug called Suboxone. Suboxone is looked at as a safer alternative to methadone for several reasons. First of all, Suboxone is only a partial opioid and comes with a lower rate of addiction and dependency. Secondly, Suboxone is combined with a drug called Naloxone which prevents abuse by causing severe withdrawal symptoms if the drug is taken improperly or abused.

Lastly, Suboxone has a built in ceiling effect so that even if the person takes more Suboxone than their supposed to, they won’t feel an increased high, unlike with Methadone. This is to prevent abuse and Suboxone overdose. Suboxone is also one of the only heroin detox medications that can be taken in the privacy of one’s own home.