Opioid Addiction on the Rise

Opioid dependency and addiction is a growing problem, not just in the United States, but all over the world. The addiction to opiates, whether it is heroin, morphine, or legal opiate based pain medications like oxycontin, vicodin, or percocet; transcends gender, socio-economic status, race, and age. Not only has opiate production doubled over the last decade, but has flooded world markets making the drug cheaper than and more accessible than ever before. Not only is heroin use on the rise in many areas of the United States, but addiction and dependency to legally prescribed narcotics is at an all-time high.

The incidence of abuse and addiction to legally prescribed pain narcotics is increasing at a staggering rate. With the creation and proliferation of powerful new pain medications like oxycontin, oxycodone, and vicodin over the last 15 years, it has never been easier to obtain these powerful pain medications without a prescription. This is why drugs like oxycontin, vicodin, codeine and percocet are some of the most widely abused drugs in the world.

However, what makes these drugs so dangerous is that most people who end up abusing them have no prior history of drug use. They get prescribed one of these powerful pain medications for pain relief and become addicted and dependent to them over time. This is why many powerful opiate based pain narcotics are not recommended for long term use.

Opioid dependency is a complex health condition that often requires long-term care and treatment. Opiate dependence is defined as a condition where a person cannot stop using opiate based drugs, even if they know that they are harming them. Opioid dependency is usually characterized by following symptoms: 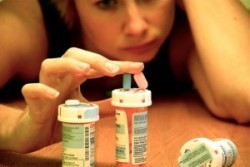 If you are suffering from an opiate addiction in California, or anywhere else in the country, there are several treatment options available to you. One of the most popular treatments is to use an opiate withdrawal pain medication like Suboxone. Suboxone works by helping to alleviate painful withdrawal symptoms associated with opioid dependency, while working to block the addictive effects of opiates in your brain. Suboxone can only be prescribed by a licensed medical professional and is only the first step in a larger, more comprehensive opiate addiction treatment plan.