Abuse of the prescription painkiller Oxycontin is a major problem in many areas of the United States, including Illinois. In part due to the influx of gang activity in Chicago in recent years, powerful prescription drugs like oxycontin and vicodin are now widely available throughout the entire state. The Drug Enforcement Administration, also known as the DEA, reports that oxycontin, and other oxycodone products, are currently one of the most abused pharmaceuticals in the country. Law enforcement officials report that many heroin abusers are now turning to oxycontin because the pharmaceutical effects are basically the same. Conversely, many oxycontin abusers who have never used hard drugs are now turning to lower priced heroin when oxycontin isn’t available, or when their insurance runs out.

OxyContin is the brand name for oxycodone hydrochloride, and is used to treat mild to severe pain. OxyContin has been universally praised for its long lasting pain relieving qualities, and is primarily used for patients with chronic or debilitating pain, as well as cancer patients. Thousands of oxycontin prescriptions are handed out every year and many people benefit tremendously from this drug.

However, the main problem with oxycontin is that the manufacturers of the drug were not clear with patients and doctors about oxycontin addiction and dependency. While oxycontin is formulated with a 12 hour time release mechanism, this can be easily disabled by crushing, chewing, or dissolving the pill into liquid form and then snorting, eating or injecting the drug. When this time-release structure is bypassed, the user will experience a powerful, instantaneous high that is similar to heroin. However, because oxycontin was never intended to be used like this, injecting or snorting the drug can be very dangerous and has led to thousands of overdose deaths. 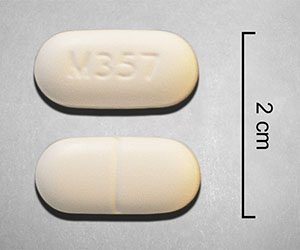 Oxycontin works the same as other opioids by blocking pain messengers to the central nervous system and the brain. This happens by increasing dopamine levels in the brain which causes elevated levels of happiness and euphoria. However, as the body starts to get used to this influx of dopamine in the system it starts to become dependent on it, and can no longer produce it naturally the way it once did. This can often lead to powerful and painful withdrawal symptoms.

These withdrawal symptoms can even be so severe that many times people will keep using the drug just to avoid them altogether. When withdrawal symptoms have become too much to bear there are various withdrawal pain medications that can work to relieve these symptoms. One of the most popular of these pain medications is called Suboxone. Suboxone can only be obtained through a prescription from a licensed medical professional and is only one step in a comprehensive treatment plan.