Popular Drug Use in Oakland

Oakland is the eighth largest city in California, with a population of nearly 400,000. Oakland is home to many large corporations, such as Clorox, Granny Goose, Nature’s Cure, GT Nexus, and Golden West Financial. Baseball’s Oakland Athletics, the NBA’s Golden State Warriors, and the NFL’s Oakland Raiders all play home games in Oakland. The city also boasts the Oakland Museum, the Ebony Museum of Art, and the Pardee Home Museum. Oakland residents enjoy home values well above the state and national average, with a median income just slightly below the national average. Crime in Oakland has been steadily decreasing over the past decade, though crime levels are still above the state and national averages. Alcohol and drug addictions are problems seen in Oakland, just the same as many large cities across the nation.

Alcohol and drug abuse continues to be a problem in northern California. The city of Oakland has been seeing increases in addictions to prescription drugs, methamphetamine, and crack cocaine over the past ten years. However, the recent substantial increase in heroin abuse is a cause for major concern in Oakland as well as the surrounding San Francisco Bay Area.

Like all opiate-based drugs, heroin is highly addictive both physically and psychologically. Breaking free from a heroin addiction is especially difficult due to the severe withdrawal symptoms an addict must endure when quitting the drug. Muscle aches and tremors, along with cramping, diarrhea, and vomiting are some of the most common symptoms of heroin withdrawal. 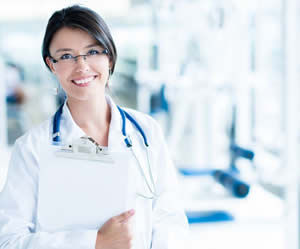 Enduring weeks of withdrawal symptoms may be enough to deter an addict from seeking treatment, but this does not have to be the case. Drug replacement treatments, such as Suboxone, not only to help curb heroin cravings, but also help to control withdrawal symptoms as well. This not only greatly increasing an addict’s chance at recovery, but does so in the most humane way possible. Suboxone has been shown to be as effective as methadone in helping patients stay heroin free, and is available by prescription, making it much more convenient than daily visits to a methadone clinic.

The main ingredient in Suboxone is buprenorphine, which attaches to the opioid receptors in the nervous system, blocking withdrawal symptoms and cravings. Naloxone, a drug that can quickly remove all opiate-based drugs from the body’s opiate receptors, is added to prevent Suboxone abuse. If an addict crushes the tablet in an attempt to snort or inject Suboxone, the full amount of naloxone enters the system, pushing the addict in full withdrawal symptoms.

How to Find Suboxone Doctors in Oakland

If you or a loved one needs to find a licensed Suboxone doctors in Oakland, talk to your doctor or medical insurance company. They will have information on physicians and treatment centers in the Oakland area that are licensed to prescribe Suboxone. You can also contact us at (866) 531-4569 for more information.