Quitting opioids (painkillers) is difficult for many recovering addiction patients. This is why 15,000 people die from painkillers every year in the United States, according to the Centers for Disease Control (CDC). While Psychotherapy and similar treatments are essential, medicinal assistance is sometimes required to help the patient quit. This is why suboxone is an important option for those detoxing from opioid addiction.

Opioids work by attaching to specific proteins called opioid receptors, structures found in many organs of the body, including the brain. This reduces perception of pain and can create euphoria, which is enticing to some drug abusers. Many who start on painkillers do so for medical reasons but some of them continue long after the legitimate purpose has passed. 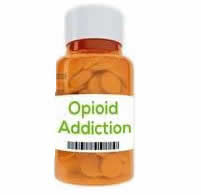 Suboxone, a formulation of buprenorphine, is a mixed agonist–antagonist opioid receptor modulator. This means Suboxone displaces other opioids in the receptors of the brain without the harsh come down of quitting painkillers. In 2002, the Food and Drug Administration (FDA) approved this prescription drug for battling opioid addiction and has gained popularity in the United States since then.

While Suboxone is an opioid itself, it lacks the euphoria caused by drugs such as hydrocodone and blocks their effects for 24 hours. This lowers the potential abuse of the drug and makes it safe for detoxing with medical supervision. The optimal situation for its use is within a certified mental health facility.