Fentanyl is a synthetic narcotic that is generally used to treat severe and chronic pain or acute pain resulting from surgery. More potent than morphine, Fentanyl is sometimes prescribed to patients who have developed a tolerance to other opiate pain relievers. Fentanyl detox is usually given by injection, but also comes in the form of a patch or lozenge.

Like many other prescription drugs, Fentanyl can be found on the street and is widely used for recreational purposes. When misused, Fentanyl produces a high similar to heroin, but with a stronger sedative effect. Fentanyl is sold on the streets in powder form that is created in illegal laboratories or in the form of a patch where the gel containing the drug is either ingested or smoked. Street names for Fentanyl include Apache, China girl, Goodfella, Jackpot, TNT, and Tango and Cash. Heroin mixed with Fentanyl is sold as Magic or The Bomb

Fentanyl, like other opiates such as heroin, morphine, or vicodin, is an extremely physically and psychologically addictive drug. Someone abusing Fentanyl can face several uncomfortable withdrawal symptoms if they abruptly stop using the drug. The length and severity of symptoms vary depending on the severity of the addiction.

The first step for Fentanyl detox is an initial meeting with a medical detox professional usually at some type of detox clinic specializes in opiate abuse. Once specifics about the patient’s addiction history and medical history have been addressed, the patient will then begin to discuss different treatment options available to them.

The second step for Fentanyl detox is the actual detoxification process itself. Medical detox is generally recommended for addiction to powerful opiates such as Fentanyl. In this step, the patient is given opiate withdrawal medication to help ease the severity of the withdrawal symptoms, making the detox process more bearable. 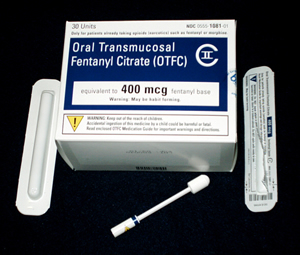 The final step is to devise an after care plan in conjunction with the counselor. Some options including aftercare at a sober living facility, outpatient therapy, group support, or any combination of the three. It is important to remember that a well suited after care plan greatly increases the chance of maintaining sobriety over the long-term.