Throughout history, opium and opiate derivatives have played an important role in the pharmacological treatment of various behavior and mood disorders like depression. At the turn of the century many physicians were prescribing opiates outright for the acute treatment of depression and anxiety disorders. Before the development of modern methods of treatment for depression, opiate therapy was widely used by physicians until the mid 1920’s, until they fully realized the abuse and addiction potential of the drug. However, as modern day physicians and scientists revisit old methods of treatment for various behavioral and mood disorders, the idea of using opioids to treat depression is picking up momentum.

One particular opioid that doctors are considering using for depression is the drug Suboxone. Suboxone was originally created to be a pain medication for the use of opiate withdrawal and dependency. This drug is taken in a controlled setting and works to help ease opiate withdrawal symptoms, while simultaneously blocking any existing opiates in the body. This drug has been successful in treating thousands of opiate addicts by giving them the relief they need to get through the difficult detoxification process, so they can finish the rest of their addiction treatment. But as scientists continue to study the effects of Suboxone on the brain, many are considering its potential as a possible anti-depressant. 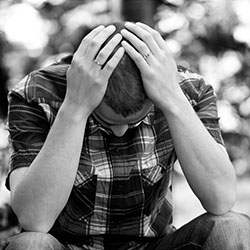