What To Look Out For

It is important to understand that many popular prescription drug medications can lead to possible dangerous addictions. This is why doctors rarely prescribe powerful painkillers like oxycontin, vicodin, and percocet for long periods of time because the risk of potential addiction and dependency. This is because many common prescription drugs out today contain synthetic opiates which come with a substantial risk of addiction and dependency.

Because these medications are so widespread, almost anyone could get their hands on them, regardless of if they have a prescription or not. It is important to remember that almost any prescription pill comes with the possibility of addiction and should be taken under the direct supervision of a medical physician. 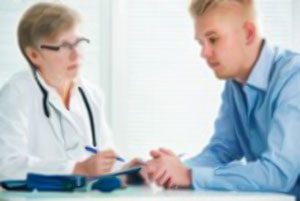 One of the first symptoms of a prescription drug addiction is an increased tolerance for the drug. This means that your body has started to become used to the medication and you need more and more to achieve the desired results. This can often lead to dependency, where the individual will no longer be able to function normally without the drug.

In certain cases involving opiate based medications, physical dependency can lead to severe withdrawal symptoms, if they have not recently taken the drug. Some of these symptoms may include nausea, vomiting, flu-like symptoms, chills, goose bumps, insomnia, excessive sweating, just to name a few. While prescription pill withdrawal is rarely life threatening, it can be very painful and can keep a person addicted to drugs long after they wanted to quit.