What Addictions Can’t You Use Suboxone For

With over a million people addicted to opiates in the United States, whether it’s a heroin addiction or opiate based prescription pills, this destructive drug epidemic doesn’t seem to be going anywhere, anytime soon. With such an influx of opiate addictions in the last few years, traditional methadone clinics now have such long waiting lists that people are basically giving up the prospect of treatment. However, what many opiate addicts may not know is that there is an alternative treatment for opiate addictions known as Suboxone, which is widely regarded as a safer and less addictive alternative to methadone. And the best part about Suboxone treatment is that it can be taken from the comfort of the patient’s own home.

Suboxone is an opiate detox medication designed to alleviate the severe pain associated with opiate withdrawal symptoms. Suboxone works by eliminating cravings while simultaneously blocking the effects of opiates in the body. Suboxone is administered in tablet form in 2 to 8 milligram doses and placed under the tongue until it is dissolved. Because Subxone is a partial opiate itself, it will help to alleviate the pain of opiate withdrawal symptoms, but is not nearly as addictive as full opiate medications like methadone. Also, unlike methadone, Suboxone has a built-in ceiling effect mechanism that does not give off an increased effect with additional dosages.

What Addictions Can Suboxone Be Used For? 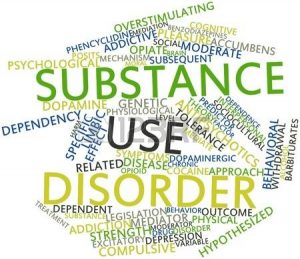 While Suboxone is a powerful detox pain medication, it cannot be used on all types of drug addictions. Suboxone cannot be used to treat alcohol withdrawal symptoms, or other non-opiate based narcotic addictions like cocaine or crystal meth. Because Suboxone is a partial opiate, using the drug to treat non-opiate based drug addictions will not be effective and could actually be harmful to the body.

How to Get Suboxone

Suboxone can only be prescribed by a doctor or a licensed Suboxone treatment clinic. Suboxone treatments can last anywhere from a few weeks to several months depending on the severity of the addiction. While Suboxone is the first opiate pain medication of its kind where treatments can be taken from one’s own home, the first series of Suboxone treatments are always taken in the administering doctor’s office to find the right dosage and make sure the patient isn’t having any adverse reactions to the drug. For more information on a Suboxone doctor near you please contact us at (866) 531-4569.