While the potent prescription pain killer Dilaudid may not be as well-known as some of its more popular contemporaries like OxyContin and Vicodin, it still has the potential to be very dangerous and highly addictive drug. Dilaudid, also known as hydromorphine, is an analgesic that is used in the treatment of severe and chronic pain. Because of its powerful and addictive nature, Dilaudid should only be taken as prescribed, and is generally not prescribed for an extended period of time. Dilaudid can sometimes be prescribed for chronic coughing and is 8 times more potent than morphine.

Dilaudid is a very powerful pain killer that acts similar to morphine on the body. Dilaudid not only soothes severe pain but also creates a high level of euphoria. Dilaudid is highly addictive and can cause long term addiction and dependency.

Dilaudid was invented in 1924 by a group of German scientists and was then subsequently marketed a few years later by a drug company named Knoll. Dilaudid was created in hopes of developing a superior chronic pain reliever to morphine, with much less severe side effects. Even though Dilaudid was derived from morphine, scientists hoped that it would be less prone to long-term addiction and dependency. However, it didn’t take long to realize that Dilaudid is actually as addictive, if not more addictive than morphine, and has since become a popular substitute for dangerous street drugs like heroin and OxyContin.

The truth is that while Dilaudid is a semi-popular recreational drug, most Dilaudid addictions actually come from people using the drug legally for pain and then becoming addicted to it. Because Dilaudid works by targeting pain pathways in the central nervous system that alter pain perceptions, it can have a profound lasting impact on the way the body copes with pain in the future, thus having the ability to cause long-term dependency and withdrawal symptoms.

Common symptoms of a Dilaudid addiction include:

Since Dilaudid is a powerful synthetic opiate, it does come with the risk of long-term dependency and withdrawal. Because the body builds up a tolerance to Dilaudid over time, more and more of the drug will be needed to receive the same powerful effects. After time, the body can become physically dependent to the drug and painful physical withdrawal symptoms can soon occur. 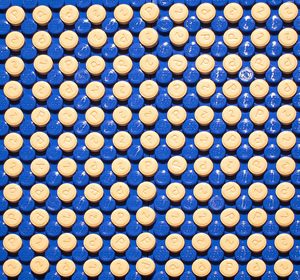 If you, or someone you care about, are currently suffering from a Dilaudid addiction, do not hesitate to speak with them right away about their addiction. It is important not to come off as judgmental, accusing, or aggressive; but instead let them know you’re coming from a place of love and assistance. Once you have gotten their attention, make an appointment with a California drug rehab facility that can offer a medically assisted detox plan with something like Suboxone, to help them get through terrible pain withdrawal symptoms. After the withdrawal symptoms have subsided the individual will begin an intensive physical and mental drug rehabilitation program that will get them on the road to recovery and sobriety in no time.